My first solo trip around the brewery and I decided to make it as difficult as possible.

I had originally concocted this recipe to be brewed with my girlfriends on International Women's Collaboration Brew Day. Covid and the French government, however, had other plans.

We all met in the summer of 2020 following the end of the first French COVID-19 lockdown. I was working as an extra hand at the Beer District and they were working along side me.  Once the bar shut for the second French COVID-19 lockdown we resorted to drinking the beer rather than serving it, an experience that eventually led to us wanting to brew a beer together.

If our conflicting schedules weren't difficult enough to plan around, the 6PM curfew and weekend lockdowns made it practically impossible for us to get together and mash. Three months of scheduling and rescheduling flew by and before I knew it, it was March and the sun was coming down hard on the Côte d'Azur - not ideal weather for a hearty imperial stout.

Therefore our brassage-à-quatre turned into a brassage-à-trois, then deux (and then trois again!) in mid-March 2021. 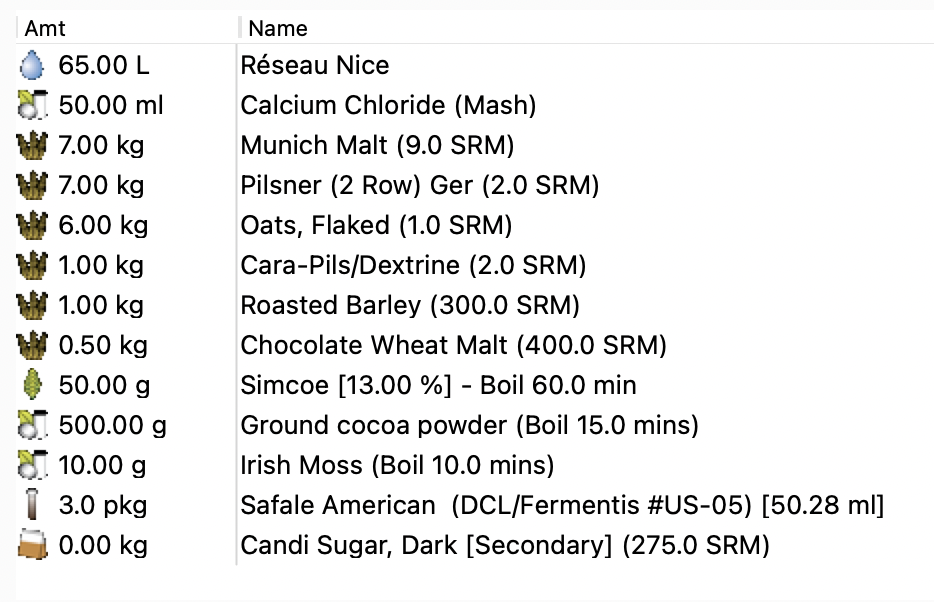 My pops and I had talked about brewing a double-mash beer just for fun. I accepted the challenge and concocted my first ever recipe : a three-chocolate imperial stout.

Coming up with the recipe involved a lot of research to determine what I did and did not want my beer to taste like. I did want : strong, milky, chocolate-forward flavours with a thick velvety body. I did not want : any bitterness, strong coffee or torréfié flavours.

Mash-in #1 started at exactly 8:45am. I brought the coffee, they brought the pains au chocolat.

The kettle enjoyed a well-balanced breakfast of 11.5kg of grain ! Including : Pilsner, Munich, roasted barley, chocolate wheat malt, and a lot of flaked oats (I love oats). The gravity resulting from the first mash was surprisingly low - off to a bad start already.

Mash-in #2 started at approximately 10:30am. This one lasted one and a half hours - after which the gravity was much closer to my estimated numbers - before moving on to an hour-long boil where we added our Simcoe hops and ground cocoa powder (the sweet smell attracted many, many curious noses into the brewery).

If the waiting time during a regular brew wasn't already long enough... yawn... 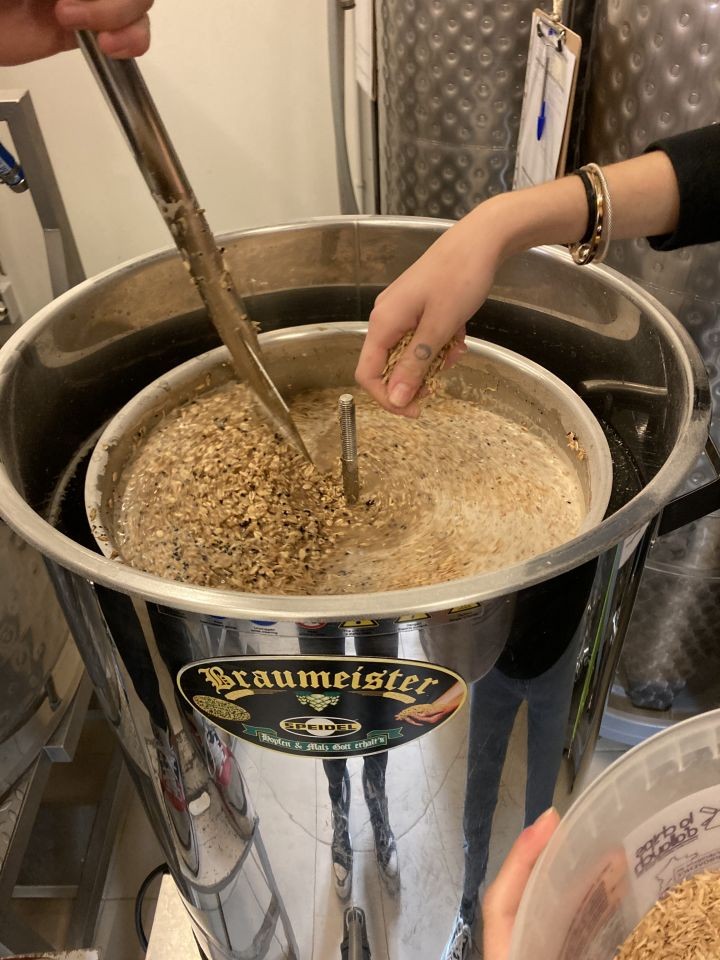 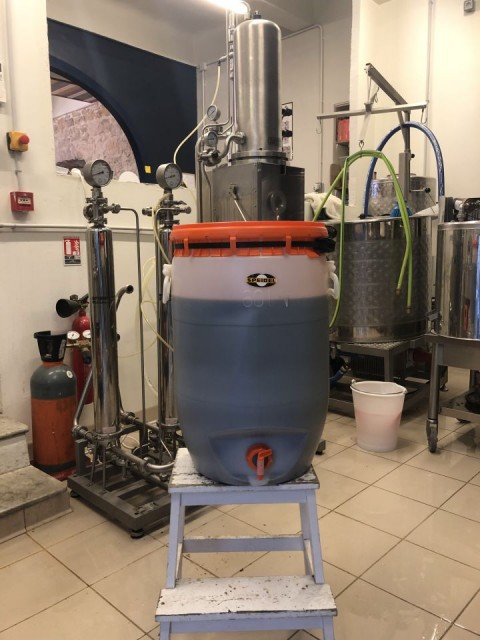 ...and voilà the result ! 50 liters of chocolatey, soon-to-be boozey deliciousness to be left to sleep for the next couple of weeks.

The next step will be to add the cocoa beans and chocolate liquor into secondary, before bottling in approximately 6 weeks. Stay tuned !

By accepting you will be accessing a service provided by a third-party external to https://allez-hops.com/